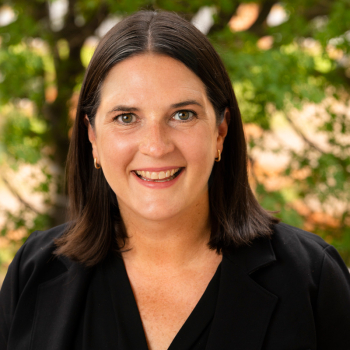 Kate O'Reilly joined the Georgia Law staff in 2013. She serves as a major gifts officer, and it is her responsibility is to grow private support for the law school.

Previously, O'Reilly was the law school's director of alumni and alumnae relations. Before coming to the law school, she served as the director of development for UGA's College of Public Health, where she created fundraising proposals for foundations and corporations; raised major, annual and planned gifts to benefit the college; and provided stewardship to donors of the college through various communication outlets and events.

Kate and her husband, Steven, live in Watkinsville with their two sons, Bart and George.