Anne S. Moser became the senior director of law school advancement in 2015. In this role, she is responsible for growing private support for the law school.

Prior to joining the University of Georgia School of Law, Moser served at UGA's College of Environment and Design. Moser's fundraising experience also includes serving as a major gifts officer at Wheaton College, located in Massachusetts. Additionally, she was a regional development director at the National Kidney Foundation, based in Rhode Island. Upon completing her master’s degree, she worked as a development associate at a YouthBuild program in Massachusetts.

She lives in Athens with her husband, Robert, and their two daughters, Evelyn and Charlotte. 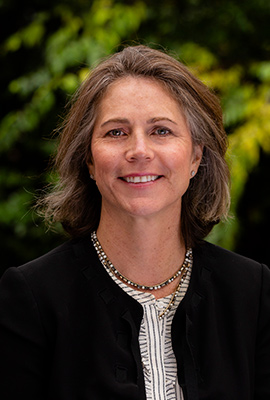