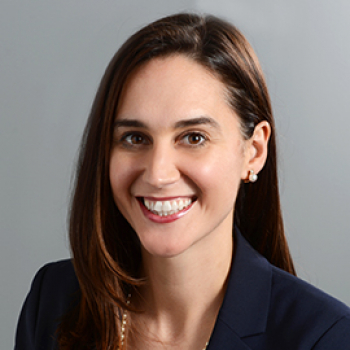 Political Leadership and the Law

Biographical Information
Camila Knowles is senior vice president and counsel at Cornerstone Government Affair's Atlanta office. She previously served as commissioner of the Georgia Department of Community Affairs, a position to which she was appointed by Gov. Nathan Deal in 2015. The DCA provides funding and technical assistance throughout Georgia, partnering with local communities to create a climate of success for Georgia's families and businesses. As commissioner, she leads the DCA's work in making Georgia communities better prepared for opportunities to create jobs through efforts targeting workforce housing, community infrastructure, downtown development and economic development financing.
Previously, Knowles served as chief of staff for U.S. Sen. Saxby Chambliss. She first joined Chambliss' team in 2003 as one of his designees on the Senate Judiciary Committee focusing on immigration law and policy. After serving as a legislative assistant and chief counsel for him in Washington, D.C., in 2009, she moved to his Atlanta office as state director and was named his chief of staff in 2013. While on staff, Knowles worked on legislation directly impacting communities across Georgia, including the designation of Arabia Mountain as a National Heritage Area, the amendment of the Coastal Barrier Resources Act, and the deepening of the Savannah Harbor. She also worked on appropriations bills providing federal funding to numerous Georgia projects.
Knowles' other experience includes serving as a legislative aide to U.S. Sen. Kay Bailey Hutchison of Texas. Knowles earned her bachelor's degree cum laude from Harvard University and her law degree from Georgetown University.