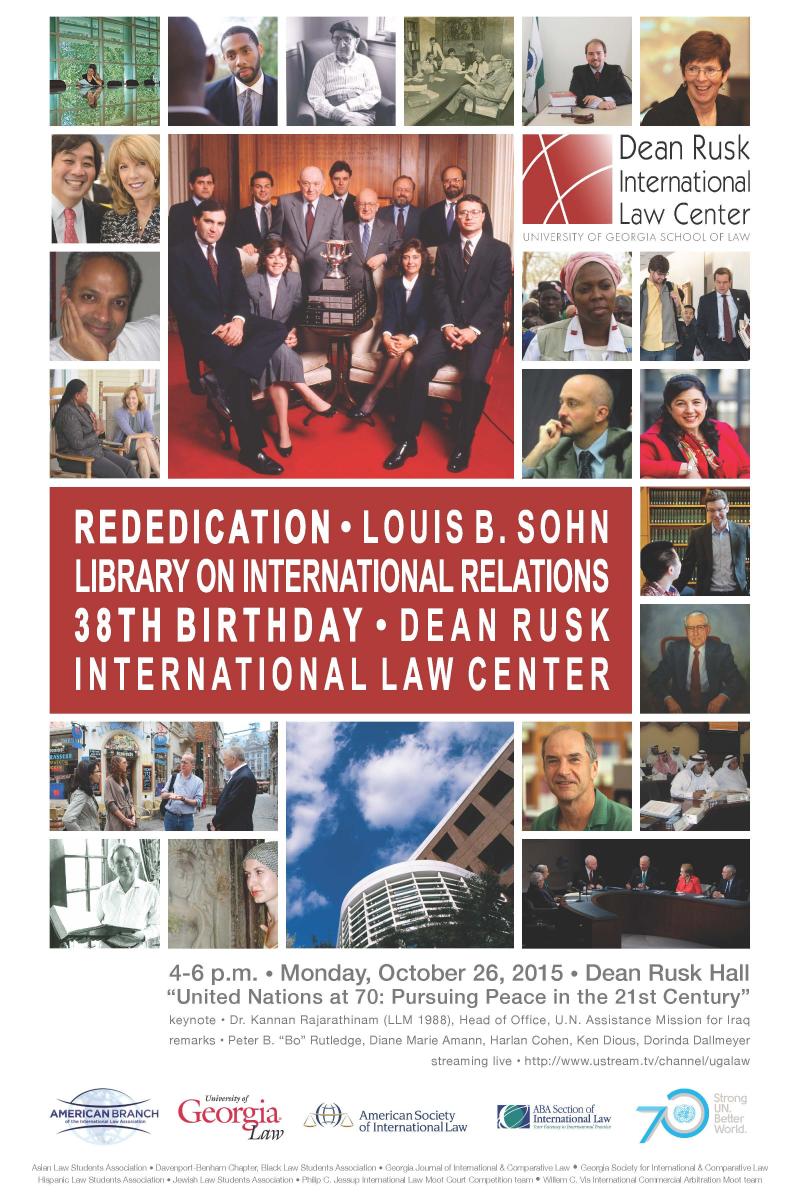 The Dean Rusk International Law Center's tradition of excellence in international law began about 75 years ago, when noted German-Jewish judge Sigmund A. Cohn arrived at the University of Georgia School of Law seeking refuge from the ravages of World War II. Other professors reinforced the tradition he began - among them Dean Rusk, who joined our faculty after decades of service as the Secretary of State to Presidents John F. Kennedy and Lyndon Baines Johnson, Louis B. Sohn, a scholar who helped draft the Charter of the United Nations and the U.N. Convention on the Law of the Sea, and Gabriel N. Wilner, an expert in dispute resolution who mentored both LL.M. and J.D. students and was instrumental to the success of our summer study abroad in Belgium.

Milestones in our history

To this day, the top-ranked international law offerings at the University of Georgia School of Law prepare students to practice in areas as varied as business and trade, arbitration and dispute settlement, the environment and sustainable development, human and children's rights, and global governance and collective security.