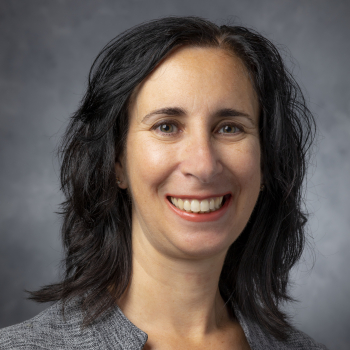 Christine M. Scartz is the director of the University of Georgia School of Law's Jane W. Wilson Family Justice Clinic. Before joining the law school's faculty in August 2015, she worked as an associate attorney in the Daniels & Taylor firm, where she handled a domestic relations and criminal law practice primarily in Gwinnett County. Her other previous legal experience includes serving as an appointed attorney for criminal appeals in the Gwinnett County Superior Court, where she represented indigent criminal defendants in postconviction proceedings, and as a litigation associate in the Law Office of Mike Bothwell.

She has served on the Executive Board and Fatality Review Panel of the Western Judicial Circuit Domestic Violence Task Force since 2016, and Scartz currently chairs the Firearms Surrender Protocol Committee of the Task Force.

A School of Law alumna, Scartz is no stranger to the law school and its experiential learning programs. In 1994, she founded the Protective Order Project under the Public Interest Practicum, where she served as a managing attorney in the Western Judicial Circuit. Following graduation from law school, she received a National Association of Public Interest Law Equal Justice Fellowship, which allowed her to continue her work filing protective orders for indigent victims of domestic violence in the Western Judicial Circuit. During this time, she also served as an adjunct instructor with the school's Public Interest Practicum and Civil Clinics, where she instructed and supervised law students working with clinic clients. In 1998, her work evolved into what has become today's Jane W. Wilson Family Justice Clinic.