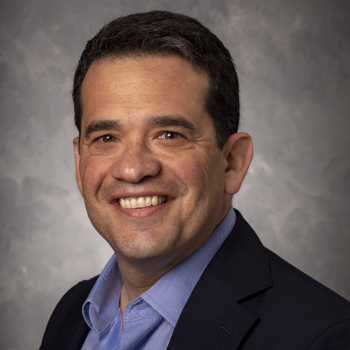 Daniel S. Serviansky joined the University of Georgia School of Law in 2022 as faculty director of the Alternative Dispute Resolution Certificate Program and coach of the negotiations team.

He comes to Athens from Columbia Law School, where he taught the Negotiation Workshop as an adjunct lecturer-in-law and served as a coach, and as a coaches’ coach, in the Mediation Clinic.

He has also taught courses at: Columbia’s Graduate School of Architecture, Planning and Preservation; the University of Miami School of Law; the Montefiore Einstein Center for Bioethics; and the Klingenstein Center of Teachers College at Columbia University.

In his ADR practice, he has worked on matters that range from court-annexed mediations in trial and family courts to private disputes among business partners and conflicts in the workplace. He practices in person and online, working in both English and Spanish.

He negotiated deals and resolved disputes over more than 10 years as a partner in a real estate investment and consulting group, where his role was to manage teams of lawyers and other professionals working to acquire, reposition, finance, refinance, market and sell real estate assets.

He earned his B.A. in history, with distinction, from Yale University and his J.D. from Columbia Law School, where he was a Harlan Fiske Stone Scholar.