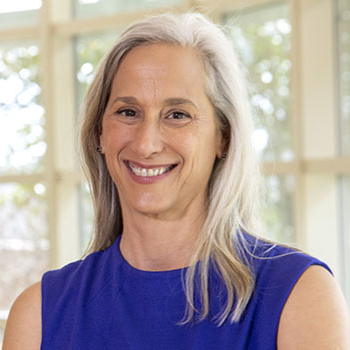 Lori A. Ringhand teaches courses on constitutional law, election law, and state and local government law. She has been a member of the University of Georgia School of Law faculty since 2008 and was named a Hosch Professor in 2012 and awarded a Josiah Meigs Distinguished Professorship, UGA's highest teaching honor, in 2021.

She is a nationally known Supreme Court scholar and the author of the book Supreme Court Confirmation Hearings and Constitutional Change (with Paul M. Collins) published by Cambridge University Press. She also is the co-author of Constitutional Law: A Context and Practices Casebook, which is part of a series of casebooks dedicated to incorporating active teaching and learning methods into traditional law school casebooks. Ringhand recently received a Fulbright Distinguished Chair Award to spend the spring 2019 semester as a visiting professor at the University of Aberdeen in Scotland. Her Fulbright research explored the different approaches to campaign finance regulation taken by the United States and the United Kingdom.

Ringhand served as the law school's associate dean for academic affairs from 2015 to 2018 and as the interim director of the Dean Rusk International Law Center from January 2020 to July 2021. She was presented with the C. Ronald Ellington Award for Excellence in Teaching in 2010 and 2015, and the John C. O'Byrne Memorial Faculty Award for Furthering Student-Faculty Relations in 2017. For the 2016-17 academic year, she served as a Women Leadership Fellow, a program developed by the UGA Provost's Office.

The Rehnquist Court: A By The Numbers Retrospective, 9 U. Pa. J. Const. L. 1033 (2007) (an early draft of this paper was selected from a competitive call for papers and was presented at the First Annual Conference on Empirical Legal Studies, jointly sponsored by NYU, Cornell and the University of Texas law schools).

An Empirical Analysis of the Confirmation Hearings of the Rehnquist Court Justices, 24 Const. Comment. 127 (2007) (with Jason Czarnezki and William Ford).

"The Jurisprudence of Supreme Court Justice Kennedy" in Encyclopedia of the Supreme Court of the United States (Macmillan Reference USA, 2008).