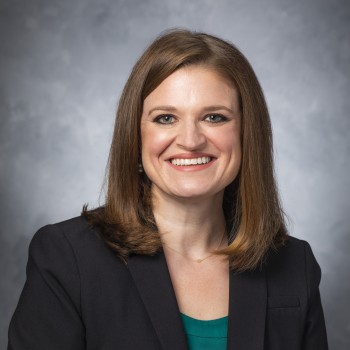 Anna White Howard joined the University of Georgia School of Law in 2019, where she now serves as an instructor. In this role, she teaches legal writing courses and helps direct the school’s advocacy program and the Appellate Litigation Clinic. In the clinic, Howard supervises students as they represent indigent clients before the federal circuit Courts of Appeals, Supreme Court of Georgia, Board of Immigration Appeals and U.S. Supreme Court.

Previously, Howard was an associate with Butler Wooten & Peak, where she litigated False Claims Act qui tam, product liability and catastrophic personal injury cases. She also served as a career law clerk for Judge Leigh Martin May and a term law clerk for Judge Richard W. Story, both of the U.S. District Court for the Northern District of Georgia.