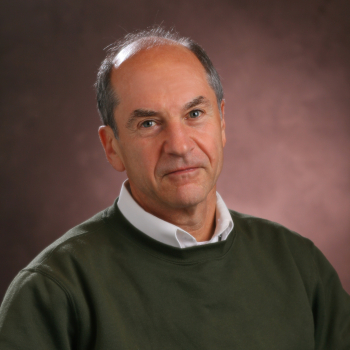 Walter Hellerstein joined the University of Georgia School of Law faculty in 1978 and was named the Francis Shackelford Distinguished Professor in Taxation Law during 1999 and a UGA Distinguished Research Professor in 2011. He taught in the areas of state and local taxation, international taxation and federal income taxation until he retired from teaching at the School of Law in 2015. He is currently a Visiting Professor at the Vienna University of Economics and Business, and he remains actively involved in his scholarship, consulting, and, in particular, his work as an academic advisor to the Organisation for Economic Cooperation and Development (OECD).

Widely regarded as the nation's leading academic authority on state and local taxation, Hellerstein has devoted most of his professional life to the study and practice of state and local taxation. He is co-author, with his late father and Andrew Appleby, of the leading treatise on state taxation, State Taxation vols. I & II, 3d ed. (Thomson Reuters 2022 rev.) (with tri-annual updates), and of the leading casebook on state and local taxation, State and Local Taxation, 11th ed. (West Academic, 2020) (with Stark, Swain & Youngman). He is also co-author with Arthur Cockfield et al. of Taxing Global Digital Commerce, 2d ed. (Kluwer Law International, 2020). In addition, he has written numerous law review articles on state taxation that have appeared in the Cornell Law Review, the Michigan Law Review, the Minnesota Law Review, The University of Chicago Law Review, the Virginia Law Review, The Supreme Court Review, Tax Lawyer, the Journal of Taxation, the National Tax Journal, the Tax Law Review, the Florida Tax Review, the Virginia Tax Review, Tax Notes, State Tax Notes and other journals. Hellerstein's work is regularly cited by the U.S. Supreme Court and by state courts throughout the nation.

Hellerstein has also practiced extensively in the state tax field. He has been involved in numerous state tax cases before the U.S. Supreme Court, having successfully argued on behalf of taxpayers in both Hunt-Wesson, Inc. v. Franchise Tax Bd., 528 U.S. 458 (2000) and Allied-Signal, Inc. v. Director, Div. of Taxation, 504 U.S. 768 (1992). He has also been deeply involved in international cross-border tax issues, particularly with regard to consumption taxes. Hellerstein is an academic adviser to the OECD (Committee on Fiscal Affairs, Working Party No. 9) on issues involving cross-border consumption taxation, and he is a member of the Working Party's Technical Advisory Group, which provides guidance in the development and implementation of OECD's VAT/GST Guidelines for the taxation of cross border supplies of services and intangibles. He has consulted with the United Nations and the World Trade Organization on e-commerce issues and has lectured at the European Tax College in Leuven, Belgium, and in Tilburg, The Netherlands; the International Bureau of Fiscal Documentation in Amsterdam, The Netherlands; the University of Lyon (III) in Lyon, France; and the WU Vienna University of Economics and Business, in Vienna, Austria.

Before joining the School of Law faculty, Hellerstein was a judicial clerk for Judge Henry J. Friendly of the U.S. Court of Appeals for the 2nd Circuit, served in the Honors Program of the Air Force General Counsel's Office, practiced law at Covington & Burling in Washington, D.C., and taught at the University of Chicago Law School. He formerly was associated with Morrison & Foerster (1986-96), Sutherland, Asbill & Brennan (1996-98, 2004-08) and KPMG (1999-2004). He is a member of the American Law Institute and the District of Columbia, Illinois and New York bars.

In 2008, Hellerstein was awarded the National Tax Association's Daniel M. Holland Medal for outstanding lifetime contributions to the study and practice of public finance and was recognized by State Tax Notes as the nation's "Most Influential Academic" in state taxation. Furthermore, he received the Latcham Award for Distinguished Service in State and Local Taxation in 2007 and the Multistate Tax Commission's 25th Anniversary Award for Outstanding Contributions to Multistate Taxation in 1992.

Jurisdiction to Tax in the Digital Economy: Permanent and Other Establishments, 68 Bull. Int'l Tax'n 346 (2014).

Constitutional Restraints on Corporate Tax Integration in the EU and the US, 62 Tax L. Rev. 1 (2008) (symposium issue, European Tax Policy) (with G. Kofler and R. Mason).

Economic Development and the Dormant Commerce Clause: Lessons of Cuno v. DaimlerChrysler and Its Effect on State Taxation Affecting Interstate Commerce, 36 St. Tax Notes 715 (May 30, 2005) (testimony before the Subcomm. on the Constitution and the Subcomm. on Commercial and Administrative Law of the House Comm. on the Judiciary, 109th Cong., 1st Sess. (May 24, 2005)).

The European Commission's Report on Company Income Taxation: What the EU Can Learn From the Experience of the US States, 11 Int'l. Tax & Pub. Fin. 1 (2004) (with Charles E. McLure, Jr.).

Jurisdiction to Tax Income and Consumption in the New Economy: A Theoretical and Comparative Perspective, 38 Ga. L. Rev. 1 (2003).

State Taxation of Electronic Commerce: What John Due Knew All Along, St. Tax Notes, January 1, 2001at 41.

The Treatment of Warranties and Associated Repair Work Under State Sales and Use Taxes, St. Tax Notes, June 19, 2000 at 2095.

Construing the Uniform Division of Income for Tax Purposes Act: Reflections on the Illinois Supreme Courts Reading of the "Throwback" Rule, 45 U. Chi. L. Rev. 768 (1978).

European Value Added Tax in the Digital Era: A Critical Analysis and Proposals for Reform, 27 Int'l VAT Monitor No. 2 (2016).

"Exploring the Potential Linkages Between Income Taxes and VAT in a Digital Global Economy" in VAT/GST in a Global Digital Economy (M. Lang and I. Lejeune, eds.) (Kluwer Law International, 2015).

"Commentary on CFC Rules within the CCCTB" in Corporate Income Taxation in Europe: The Common Consolidated Corporate Tax Base (CCCTB) and Third Countries (Edward Elgar Publishing, 2013).

"Formulary Apportionment in the EU and the US: A Comparative Perspective on the Sharing Mechanism of the Proposed Common Consolidated Corporate Tax Base" in Tax Mobility (A. Dourado ed.) (International Bureau of Fiscal documentation, 2013).

"Consumption Taxation of Cross-Border Trade in Services in an Age of Globalization" in Globalization and the Impact of Tax on International Investments, A. Cockfield, ed. (U. Toronto Press, 2010).

"Lessons of US Subnational Experience for EU CCCTB Initiative" in A Common Consolidated Corporate Tax Base for Europe, W. Schon, U. Schreiber, and C. Spengel, eds. (Springer, 2008).

"Federal Limitations on State Taxation of Interstate Commerce" in Courts and Free Markets: Perspectives from the United States and Europe. (Oxford University Press, 1982).

Testimony on Tax Reform: What It Means for State and Local Tax and Fiscal Policy, Before the Committee on Finance, 112th Cong., 2nd Session ___ (April 25, 2012)

Testimony on H.R. 1054, the "Internet Tax Freedom Act". Before the Subcommittee on Commercial and Administrative Law of the House Committee on the Judiciary, 105th Cong., 1st Session __ (1997).

State and Local Taxation of the Information Highway, Proceedings of the 87th Annual Conference of the National Tax Association 221(1995) (with Steele).

Testimony on State Tax Implications of Full Interstate Branching. Before the Subcommittee on Economic Stablization of the House Committee on Banking. 102nd Cong., 1st Sess. 37 (1991).

Testimony on S. 463, The Severance Tax equity Act of 1982, in State Severance Taxes. Before the Subcommittee on Energy and Agricultural Taxation of the Senate Committee on Finance. 98th Cong., 2nd Sess. 119 (1984).

Sales and Use Taxation of Movable Property in Interstate Commerce. 1981 Proceedings of the National Tax Association - Tax Institute of America 69 (1982) (with Kaufman).