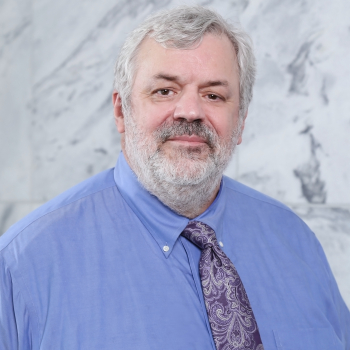 Alexander W. Scherr serves as the director of the University of Georgia School of Law Veterans Legal Clinic. Scherr joined the law school faculty in 1996 as its first director of civil clinics, and from 2016 to 2018 he served as the school's associate dean for clinical programs and experiential learning. He has played a large role in the establishment of clinical courses at the law school, including the unit's Veterans Legal Clinic, Atlanta Semester in Practice Program, D.C. Semester in Practice Program, Civil Externship, Jane W. Wilson Family Justice Clinic, Mediation Clinic and Community Health Law Partnership Clinic. He has taught the Civil Externships and Public Interest Practicum, as well as Dispute Resolution, Evidence and Mental Health Law. He has helped to pioneer online teaching of large enrollment law courses in Evidence and Mental Health Law, including courses directed to undergraduate students.

His scholarship includes "Daubert and Danger: The 'Fit' of Expert Predictions in Civil Commitments" in the Hastings Law Review and "Lawyers and Decisions: A Model of Practical Judgment" in the Villanova Law Review. Scherr also edits Georgia Law of Evidence (5th ed., 1999), a text originally created by the late UGA professor Thomas Green. Scherr is also the co-editor of the leading text for externship clinics, Learning From Practice: A Text for Experiential Legal Education, 3d ed. (West Academic, 2016) for which he authored several chapters.

Scherr has served as president of the Clinical Legal Education Association, chair of the Association of American Law Schools Clinical Advisory Committee and member of the AALS Clinical Section's Executive Committee. Scherr chaired the planning committee for the 2015 AALS Clinical Conference that had more than 700 participants and over 200 presenters, and he has helped to plan countless other national and regional conferences.

He is a consultant for clinical programs nationally and regularly presents at national and regional clinical legal education conferences. He has played an active role in reforming ABA standards for externship courses. He serves as a drafter of the Multistate Performance Test for the National Conference of Bar Examiners and of the California Performance Test.

Scherr currently serves as a member of the Board of Editors for the Clinical Law Review, a peer-reviewed journal that publishes articles on pedagogy and social justices issues related to clinical legal education.

In 2019, Scherr received the William Pincus Award from the Clinical Section of the AALS in recognition of his outstanding national contributions to "scholarship, program design and implementation, and other activities beneficial to clinical education or to the advancement of justice." In the same year, he received UGA's Engaged Scholar Award in recognition of his "curricular engagement of students in service learning courses and his work fostering mutually beneficial community-university partnerships that address critical community needs."

Scherr was selected as one of 10 UGA Lilly Teaching Fellows for 2000-02. The program recognizes excellence in teaching and provides funding to strengthen course work, program development and scholarship. In 1999, he was videotaped as one of 50 citizens nationwide to read and discuss their favorite poem for the Favorite Poems Project, developed by the poet laureate and archived in the Library of Congress.