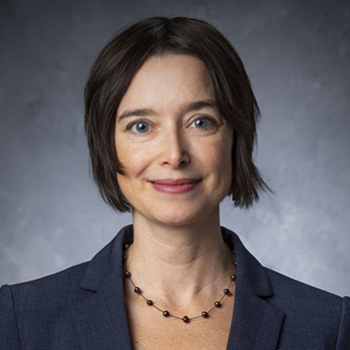 Clare R. Norins is an assistant clinical professor and the inaugural director of the University of Georgia School of Law’s First Amendment Clinic, which represents clients in federal and state court on a range of First Amendment and media law issues. In 2021, Norins was a co-recipient of the national Clinical Legal Education Association’s Award for Excellence in a Public Interest Case. Her scholarship has been published or is forthcoming in the University of Pennsylvania Journal of Constitutional Law and the George Mason University Civil Rights Law Journal.

Norins joined the law school faculty in 2020 with 15 years of civil rights experience in private practice, government enforcement, and higher education. At Beldock Levine & Hoffman, she specialized in Section 1983 and Title VII civil rights litigation. This included serving as class counsel on behalf of 1,200 political demonstrators, journalists and bystanders arrested during the 2004 Republican National Convention. She also represented multiple individual plaintiffs on First Amendment discrimination and retaliation claims against the City of New York.

Immediately prior to joining the law school’s faculty, Norins was assistant director of UGA’s Equal Opportunity Office, where she investigated civil rights complaints asserted by members of the university community, including employment discrimination and Title IX grievances.

Norins graduated Order of the Coif from the School of Law at the University of North Carolina at Chapel Hill. She served as a judicial clerk for Judge Michael H. Dolinger in the Southern District of New York.