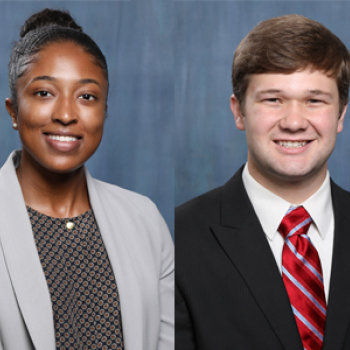 A second team made up of second-year students Chiodera Drayton-Smith and Taylor McClain also earned sixth place (out of 24 teams) in the competition.