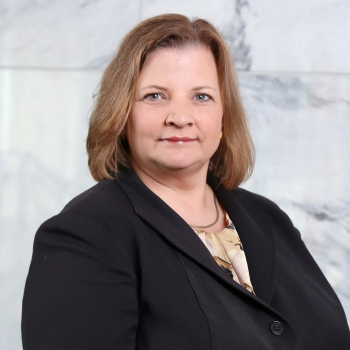 Before joining the law school's faculty, she had her own solo law practice specializing in criminal defense and juvenile law in Athens and Northeast Georgia. Previously, she was a public defender in the Western Judicial Circuit where she did both trial and appellate work. She also held both chief assistant and assistant solicitor-general positions in Athens-Clarke County. In this role, she prosecuted misdemeanor cases in both State and Municipal Court. She began her legal career as a staff attorney with the Prisoner Legal Counseling Project, providing advice to Georgia inmates on a variety of legal matters and representing inmates in post-conviction proceedings and uncontested divorces.

Grant has worked on several public service and outreach projects through her work at the law school. She serves as the law school’s point of contact with the Athens Access to Justice Initiative to organize pop-up legal clinics and court self-help services. She helped Athens-Clarke County and the Georgia Justice Project bring record restriction events to Athens that reduce barriers to employment and housing by sealing old arrests and dismissed offenses. She has also collaborated with the State Bar of Georgia’s Access to Justice committee to host law student “help-a-thons” for the Free Legal Answers website. Grant is a member of the Georgia Association of Legal Externships (GALE), a coalition of externship directors from Georgia’s five law schools. She was a UGA Service-Learning fellow during the 2019-20 academic year.

She previously worked at the School of Law in various capacities. She served as the interim director of the Family Violence Clinic in 2015 and she has taught the Summer Externships course since 2010. Additionally, she was an adjunct mock trial coach from 1998 to 1999.

Grant earned her bachelor's degree in history from Northwestern University. She obtained her law degree from UGA, where she was a member of the moot court team, the Lumpkin American Inn of Court and the Georgia Journal of International and Comparative Law.