James Charles Smith joined the University of Georgia School of Law faculty in 1984 and was named the holder of the John Byrd Martin Chair of Law during 1997. He retired from teaching at UGA in 2017 and remains involved in his scholarship, teaching and other professional activities. He specializes in property, real estate transactions and commercial law.

Smith's scholarship includes several books: Property: Cases and Materials (with Professors Larson and Nagle, 4th ed., 2018); Real Estate Transactions: Problems, Cases and Materials (with Professor Malloy, 5th ed., 2017); Federal Taxation of Real Estate (with Professor Samansky, 2014) and Neighboring Property Owners (1988, with annual supplements 1990-2019). In addition, in 1999, Smith assumed authorship of the best-selling treatise on real estate law, Friedman and Smith on Contracts and Conveyances of Real Property, the eighth edition of which was published in 2017. He has also published numerous articles and book chapters and has served as a Fellow of CALI (Center for Computer-Assisted Legal Instruction) to develop electronic teaching materials for property.

Smith is frequently invited to give guest lectures and to make presentations at academic conferences. He serves in leadership positions in a number of professional organizations, including the American Bar Association, the Association of American Law Schools, the Association for Law, Property and Society (ALPS) and CALI. He is serving as reporter for the Uniform Law Commission for revisions to the condominium and common-interest ownership acts, and he previously served as co-reporter for the home foreclosure procedures act. Smith also takes an active role in advising policymakers. He has testified before Congress on four occasions: twice regarding a proposed bill to exempt certain federal workers from state income tax and twice regarding state taxation of nonresidents' pension income.

Smith earned his bachelor's degree from St. Olaf College and his law degree from the University of Texas. He then served as a judicial clerk for Judge Walter R. Ely of the U.S. Court of Appeals for the 9th Circuit and practiced for four years as an associate with Baker Botts in Houston, Texas. Prior to coming to UGA, Smith was an assistant professor at the Ohio State University College of Law.

An avid runner, Smith has participated in the Boston Marathon on five occasions between 1981 and 2002.

Restrictions on Freedom of Expression Imposed by Servitudes, 16 Digest 1 (2009).

The Problem of Social Cost in a Genetically Modified Age, 58 Hastings L.J. 87 (with Paul J. Heald).

The Dynamics of Landlord-Tenant Law and Residential Finance: The Comparative Economics of Home Ownership, 44 Wash. U. J. Urb. & Contemp. L. 3 (1993).

"Some Reflections on the Merits of the Property Tax" in Tax Law and Policy: Beyond Economic Efficiency in United States Tax Law (Wolters Kluwer 2013).

"Article 9 and the Law of Real Estate Financing" in Secured Transactions Under the Uniform Commercial Code (Matthew Bender, 2009) (with Julian McDonnell).

"Pollen Drift and the Bystanding Farmer: Harmonizing Patent Law and Common Law on the Technological Frontier" in Seeds of Resistance; Seeds of Hope (Univ. of Arizona Press, forthcoming) (with Paul Heald).

"Restraints on the Creation of Security Interests" in Secured Transactions Under the Uniform Commercial Code (Matthew Bender, 2006).

Statement, State Taxation of Employees at Certain Federal Facilities, Hearing before the Subcomm. on Commercial and Administrative Law of the House Comm. on the Judiciary, 105th Cong., 1st Sess. 61-68 (April 17, 1997).

Statement, State Taxation of Nonresidents' Pension Income, Hearing before the Subcomm. on Commercial and Administrative Law of the House Comm. on the Judiciary, 104th Cong., 1st Sess. 21-29, 31-38 (1995). 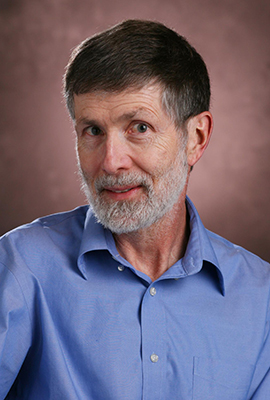