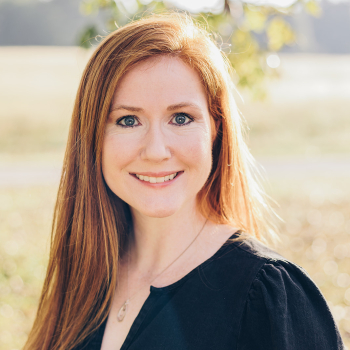 Jean Goetz Mangan began her role as a legal writing instructor at the University of Georgia School of Law in 2018. She teaches first year legal writing, an advanced writing seminar and criminal drafting.

Mangan previously served as the first staff attorney for the school's Wilbanks Child Endangerment and Sexual Exploitation Clinic. In this role, she was the first to try to verdict a case filed under Georgia's Hidden Predator Act, and she successfully mediated other cases on behalf of the clinic's clients. She also published, with Fernanda Mackay, "Clinical Syllabi As Demonstration of Best Practices Implementation" in 53 Georgia Law Review Online 106 (2019).

Before joining the law school, Mangan served as an assistant district attorney for both the Ocmulgee and Northern Judicial Circuit District Attorney's Offices, where she represented the state of Georgia in felony and misdemeanor trials, plea agreements, motions and other criminal matters. Additionally, she served as the appellate attorney for the Northern Circuit and argued before the Supreme Court of Georgia on behalf of the state in Currier v. State (the conviction was upheld).

She previously held the position of Public Service Fellow for the Northern Judicial Circuit's Judge Thomas L. Hodges III, who she also served as judicial extern during her third year of law school.

Mangan earned her Juris Doctor from UGA. She wrote her supervised research paper on forcible medication of mentally ill defendants to render them competent to stand trial. It was titled "Justifying Restoring Mental Competency: Sell and Its Effects on State Law." She also served as a research assistant for Professor Andrea Dennis and provided research support for Dennis and Carol E. Jordan for the article "Encouraging Victims: Responding to a Recent Study of Battered Women Who Commit Crimes" in 15 Nevada Law Journal 1 (2014).