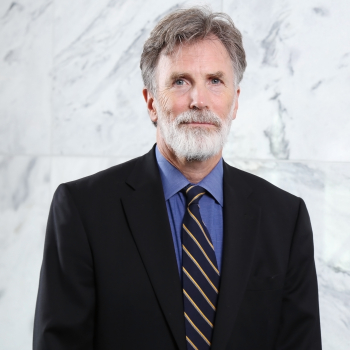 After 30 years of service to the University of Georgia School of Law, Russell C. Gabriel retired in July 2021 as the director of the Criminal Defense Practicum. He joined the school's Legal Aid and Defender Clinic as a staff attorney in 1988 and was promoted to associate director in 1991. From 1993 to 1996, he served as a staff attorney with the Federal Defender Program in Atlanta. In July 1996, he returned to UGA as the director of the Legal Aid and Defender Clinic.

Through December 2004, the Legal Aid and Defender Clinic was not only a law school clinical education program but was also the public defender office for the Western Judicial Circuit. The law school's responsibility for the public defender office ceased on Jan. 1, 2005, when the newly created Georgia Public Defender Standards Council took control of legal representation for indigent criminal defendants in the Superior and Juvenile Courts throughout the state.