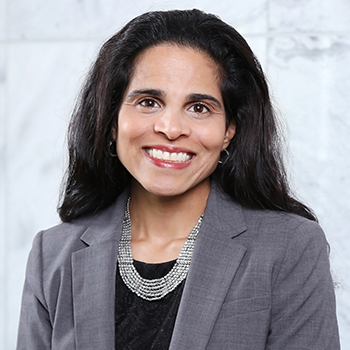 Rodrigues joined the School of Law's faculty in the fall of 2005 and was named the holder of the M.E. Kilpatrick Chair of Corporate Finance and Securities Law in 2014. She was awarded the title of University Professor in 2019, which was then awarded to no more than one UGA faculty member per year and reserved for professors who had served as "change agents" for UGA. From 2015 to 2018, Rodrigues served as the school's associate dean for faculty development. She has also served as the University Council's parliamentarian since 2014. Additionally, she holds a courtesy appointment in UGA's Terry College of Business.

Prior to coming to Athens, Rodrigues was a corporate associate with Wilson Sonsini Goodrich & Rosati in Reston, Va., where she specialized in corporate law and technology transactions. She also served as a judicial law clerk to Judge Thomas L. Ambro of the U.S. Court of Appeals for the Third Circuit.

In addition to her academic work, Rodrigues remains active in the legal profession. She has served as an expert in both litigation and transactional matters. She has testified before the House Financial Services Committee and been quoted in the New York Times, the Financial Times, the Wall Street Journal and other publications.

Her work has appeared in the Virginia, Illinois, Iowa, Minnesota, Fordham, Emory, Florida, and Washington and Lee law reviews, among others. She has also published in online fora of the Vanderbilt, UCLA, Texas and Harvard Business law reviews and in the peer-reviewed Journal of Corporate Finance. She has served as the chair of the Executive Committee of the Association of American Law Schools Business Associations Section and as the president of the Law and Entrepreneurship Association. She was elected to the American Law Institute in 2016.

An Inconsistency in SEC Disclosure Requirements? The Case of the "Insignificant" Private Target, 13 J. Corp. Fin. 251 (2007) (with M. Stegemoller).